The Purple Sapphire is known as the stone of awakening. This stone will awaken and improves ones spirituality by pulling higher vibrations through the third eye and crown chakras. It stimulates the pineal gland, the purple sapphire deepens your intuition and calms any emotional instability.

In Greek mythology, Sapphires were known as “the stones of Hercules.” In fact, the word “sapphire” comes from the Greek word for “blue,” which is “sapphos.” This particular gemstone is said to bestow strength and courage upon those who wear it.

In Hinduism, Sapphires are thought to ward off the evil eye, bring good luck, wisdom, prosperity, long life and health. Hindus often present this gemstone to newly married couples as a symbol of their love and devotion. In Hindu mythology, the gemstone is known as “vaidurya” and represents the planet Jupiter.

During the Middle Ages, it was believed that if a woman wore a talisman made of sapphires she would be protected from for good or evil. The emperor Nero wore a bracelet of sapphires and believed that the gemstone gave him an air of authority. 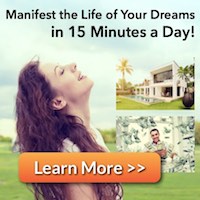